The Mursi and Bodi had declared the establishment of a community conservancy in the lower Omo, Ethiopia. The Mursi selected game guards from the Mursi community to patrol their territory. The guard duties were to count animal numbers, reduce hunting by their community and other tribes, and to check on the welfare of Mursi villages and report back. Since the beginning of the conservancy in 2008, the population of wildlife had grown dramatically. Buffalo, zebra, hartebeest, giraffe, waterbuck, lesser kudu, warthog, lions and hyena are found in the area. The government of Ethiopia has yet to recognize it as a formal community conservancy which has hindered progress. Consequently, the ability of the local people to protect their wildlife has since decreased talks continue with the government.

Mursi Territory and the Omo and Mago National Parks 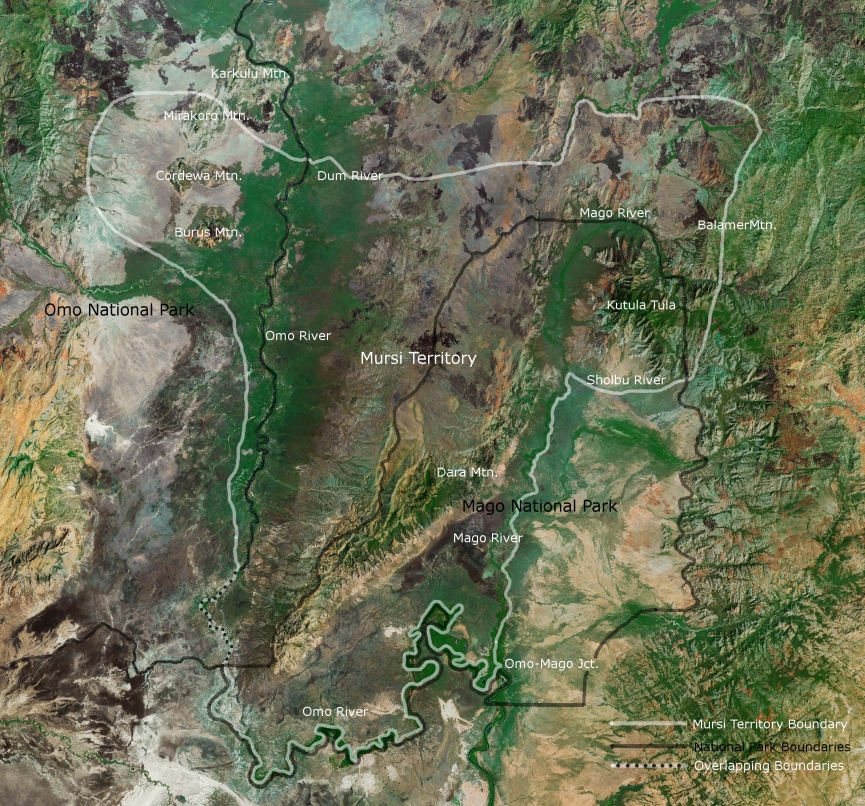 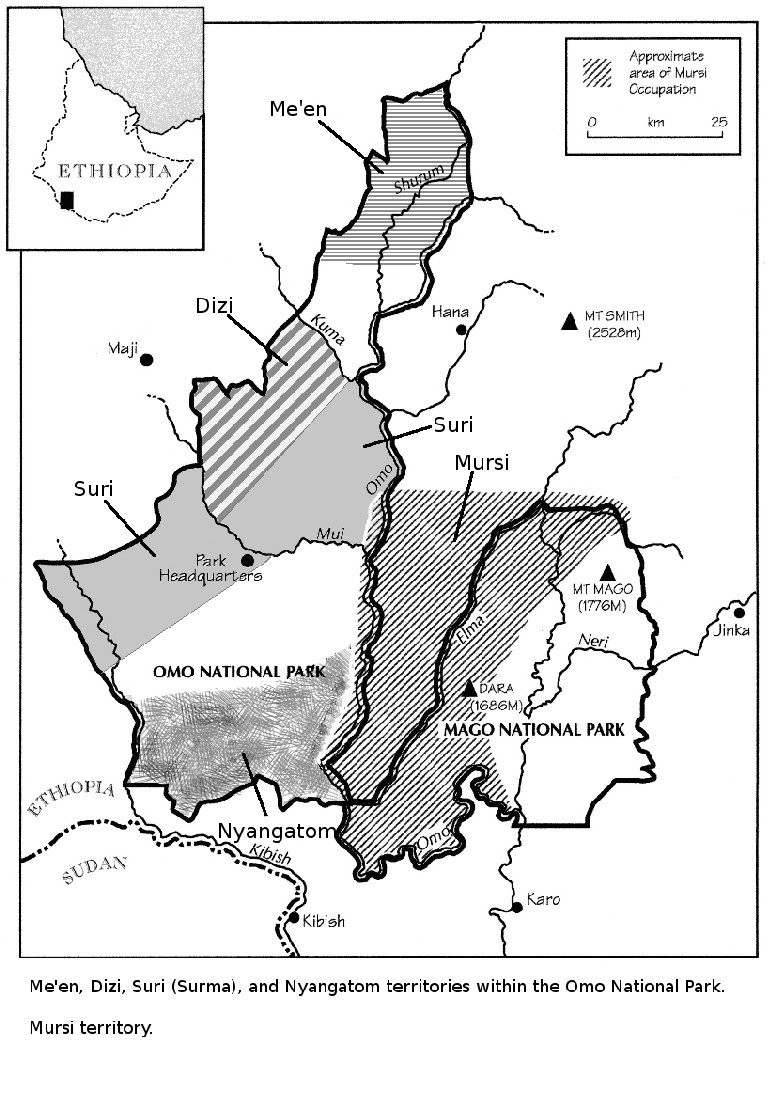